Local historians, ghost hunters and storytellers alike will love exploring historical Courthouse Square in Woodstock.  Home of the Oxford County Courthouse as well as the former city gaol (jail), this treasure trove of historic buildings holds stories of building community growth, spooky murder trials and so much more.  Read on for just a few of the interesting tales and histories. 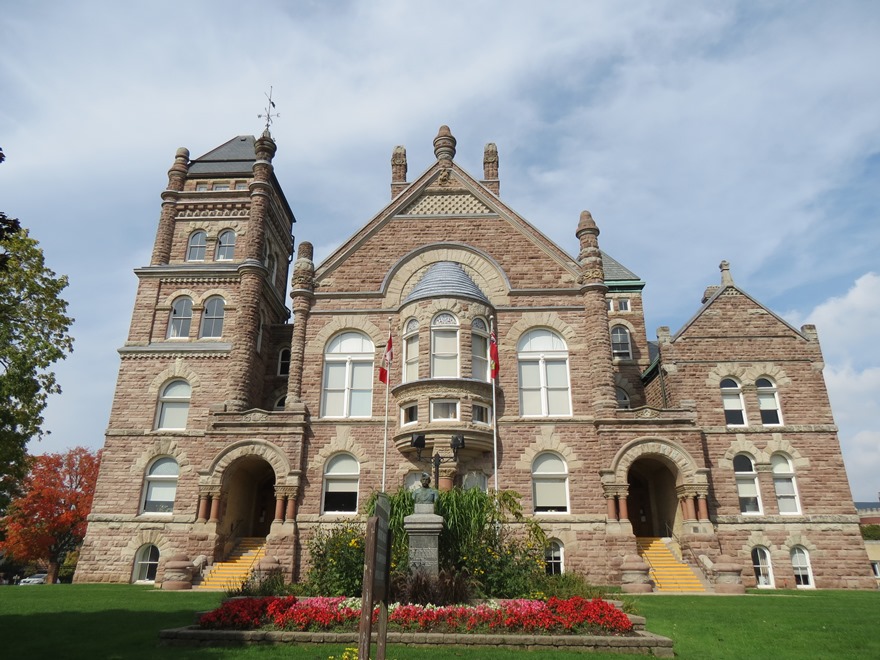 Built in the 1880s and highly influenced by the Romanesque Revival style, The Oxford County Courthouse has been a landmark of monumental proportions in the county ever since.  It's stately exterior and red brick was the genius of RT Brooks who designed the courthouse. However, in 1890, Brooks was fired and a new firm hired in his place.  Thankfully Brooks' dream was carried out in full and much ornamentation was added.  On your visit, see if you can spot: 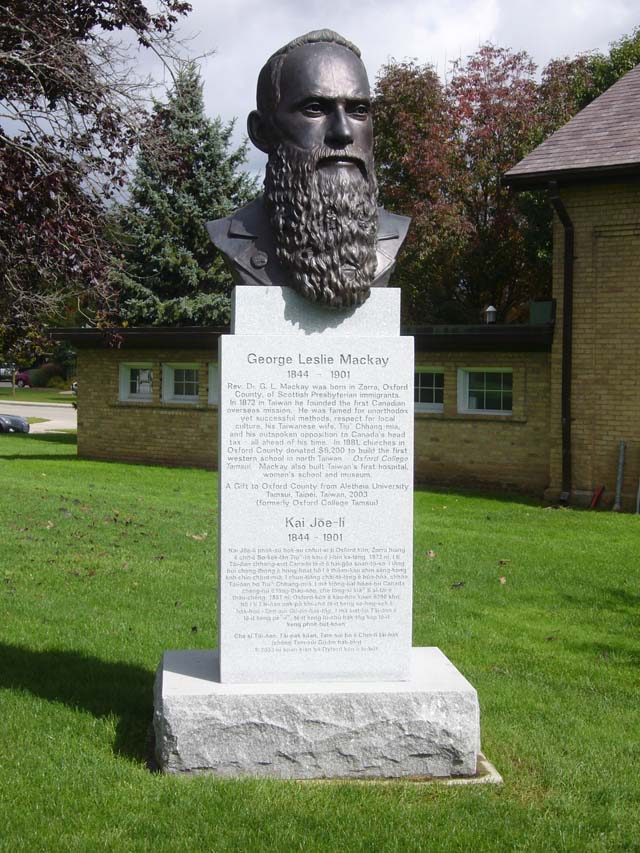 Settling in on the lawn by the courthouse is a great way to waste time or enjoy your lunch.  Check out the various statues there, all with their own unique stories. 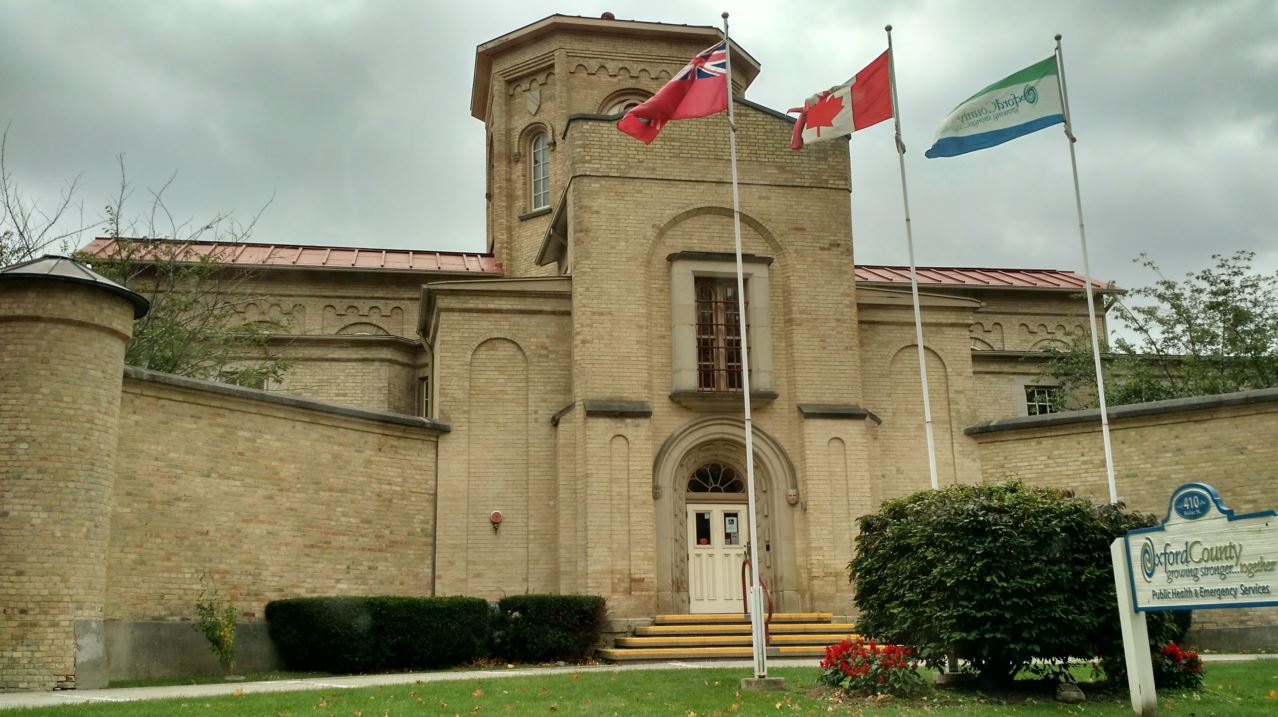 What is now the Oxford County Building of Public Health was once a gaol which can be seen in the watch tower, high yard walls and other architectural features.  Wander the hallways where guards and wardens alike would have strolled. Built in 1854, this building is also in the Italian Romanesque style,  making it quite statuesque with a great deal of natural light indoors.

Murderer Thomas Cooke was hanged in 1862 after killing his second wife.  As Woodstock's first public hangee, 3400 people showed up to see his execution.  Because of his immense size, his head was decapitated from the hanging.  Shortly after, a death mask was made (a cast of his face) and hung on the north side of the jail to discourage others from criminal activity.  The mask is still there today and rumour has it that his ghost (or rather, his floating head) still haunts the courthouse. How's that for shivers up your spine?

If you loved hearing this story, The Oxford Historical Society has plenty more! Email tourism@oxfordcounty.ca and we'll set one up for you.

For culture lovers, enjoying the arts is a way of life.  Whether you love live theatre or music,...

Read More
The Woodstock Museum: A window into Oxford’s past